You're crying, Oscar. You're parading your tears to the world, begging for my forgiveness and saying that you miss me.
So please let me tell you:

Even now, just like I did so many times during my life, I am forgiving you before God for betraying and killing me. Yes, I can do that.
I used to forgive everything, remember, Oscar?
I didn't even ever hold a grudge, I believed in tenderness.
But please do not feel relieved by this statement: be aware that I cannot forgive you for the pain you're causing to others. Not only to those who loved me and are now crying for me - I am talking about the final blow you're dealing to all of those who, thanks to you, could be rescued, and whom you are now deserting: all those blinded men that need waking up, all those defenceless women that need freeing.
Every 4 minutes a woman gets raped in South Africa, Oscar, everyday 4 more are slain: everyday, every minute, they are wiped out by men.
Men like you.
Nobody stops these men, and the mild verdict that saves you today will encourage more men, and doom more women to the same horrible foregone fate. It's about them I used to cry, remember?
I was shaken by compassion.

For all the Anene's in the world, I had prepared a speech that I never managed to give: I became one of them before I could.
Just as you felt no pity for me, you're not feeling any pity for them, and (you know that) this is something I won't forgive you for.
The new crime you're committing today cries out for revenge: you're denying what you did in order to get a reckless and hypocrite leniency from a sick Justice system, easily moved by the wealth of the defendants.
Denying what you did to me in full awareness is a crime, and the way you’re denying it is untenable and surreal because yes, you definitely wanted to do what you did: neither my terror nor my pleas could slacken your resolve.
Your coward defence is a crime that adds to the one you committed in rage that awful night when my tears could not move you to mercy - and this new crime is not any lighter.
You've cried many salty tears but you weren't feeling pain for what you'd done to me, you were crying for yourself: ever since you raised your bloodied hands off of me, you knew that you were lost and that one and only one thing could save you.
The reason you were lost wasn't because you risked prison, you were lost because your soul was dead.
The lies you told in order to escape jail could not save you then; neither can they save you now. There's only one chance for you to find release: take responsibility for what you've done, publicly blame yourself and thereby help tear the iron net apart, the net of complicity among all men in our world who every day use that net to wrap up women into helplessness: men who threaten, beat, oppress, slay the women who love them and who naively deliver themselves into their hands like lambs to the slaughter.
You had the guts to swear that you didn't know whom you were shooting at but you took aim at me not one but three, four times, while I was pleading for help.
Bam! My hip... Bam! My arms, and... Bam! You blew my head open. 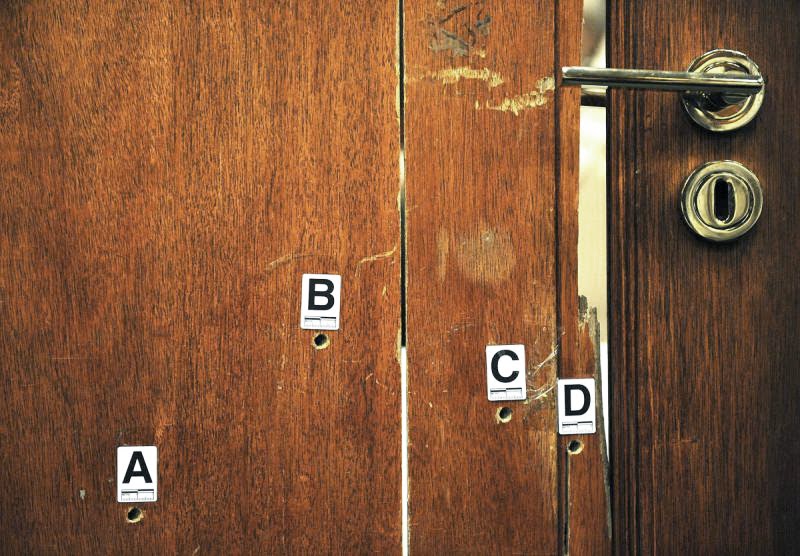 Outside our house, in the clear silent night, people could hear our shouts for quite some time; when I was trying to calm you down, but your veins were swelling, you could not face rebuttal, you could not bear to hear that I wasn't going to stand your humiliating suspicions or your orders any more. They also heard me while I was trying to escape from you into my frail shelter, crying for help. You were the only one who could not hear me, you listened in only so as to locate me: it was my voice that guided your aim when you shot in precisely that direction.
Justice is deaf to Michelle's, Charl's, Estelle's and Johan' voices, thus staging a bitter replay of that night and, once again, in order to save you, throwing me off the tower.
All the same, you see, between the two of us, today, I'm the one who's saved, while you are dead.
This is what should make the blood in your veins freeze, keep you awake at night - this, rather than your empty fears of losing your freedom or your privileged wealthy life. You could have saved yourself, Oscar. You ran into the abyss instead, and have kept running on the same course, you never stopped, and this course can't save you, you'll keep falling further down, you won't even consider climbing back up.
There was, actually, a thread stretched out for you towards the light, but it's too far away now: the thread of truth and compassion, a golden thread, rather than your self-pity drool.
Compassion for those like Anene and me is a golden thread of deliverance. But, in order to get hold of it, you should have fallen to your knees and accused not only yourself but the whole bloodthirsty culture that poisoned not just you, but humanity as a whole. The same culture pours floods of money into wars, charms kids with Alfa-male brilliancy, encourages identification with the winner who's still holding a cocked weapon. A culture of death that you have endorsed with your face and muscles. 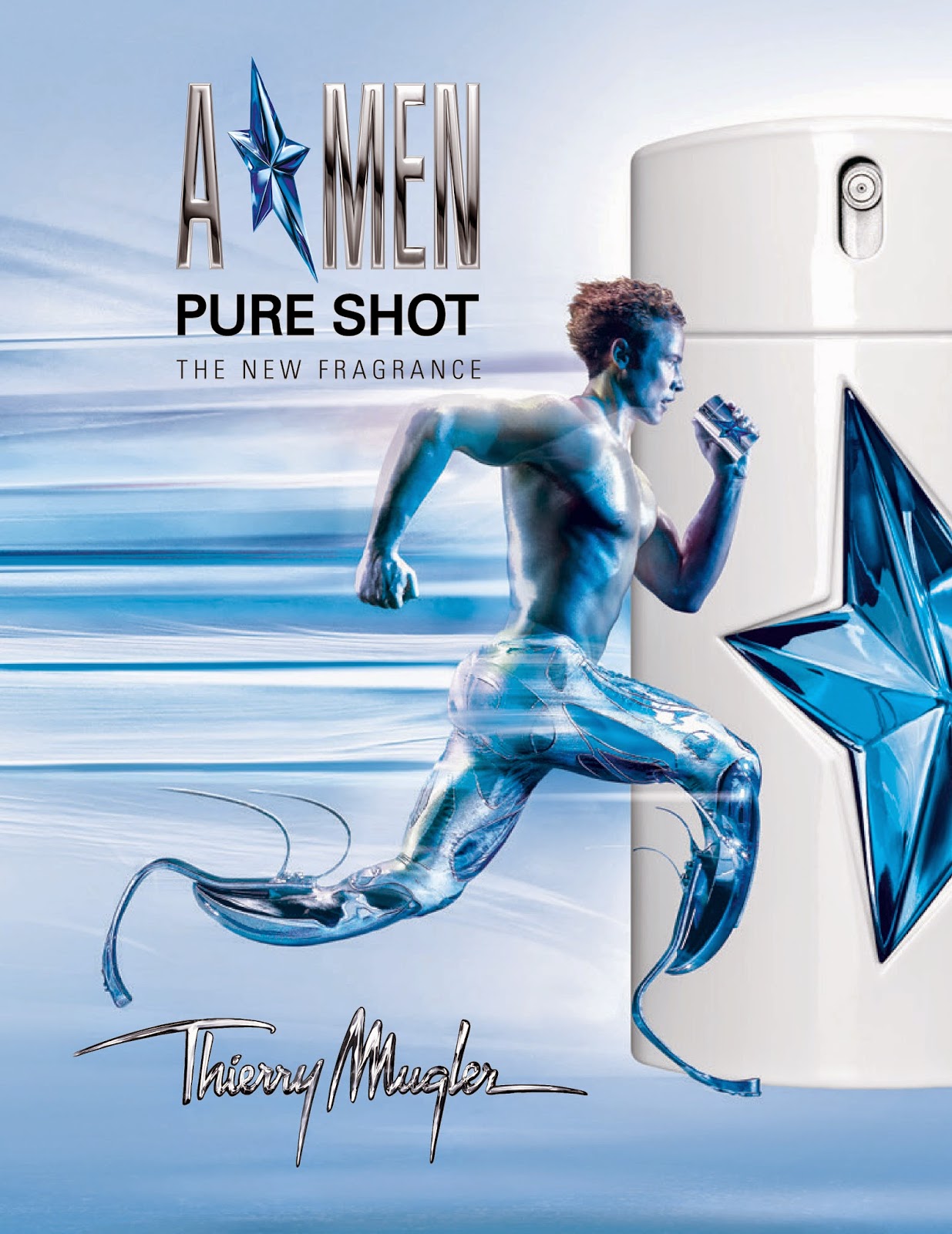 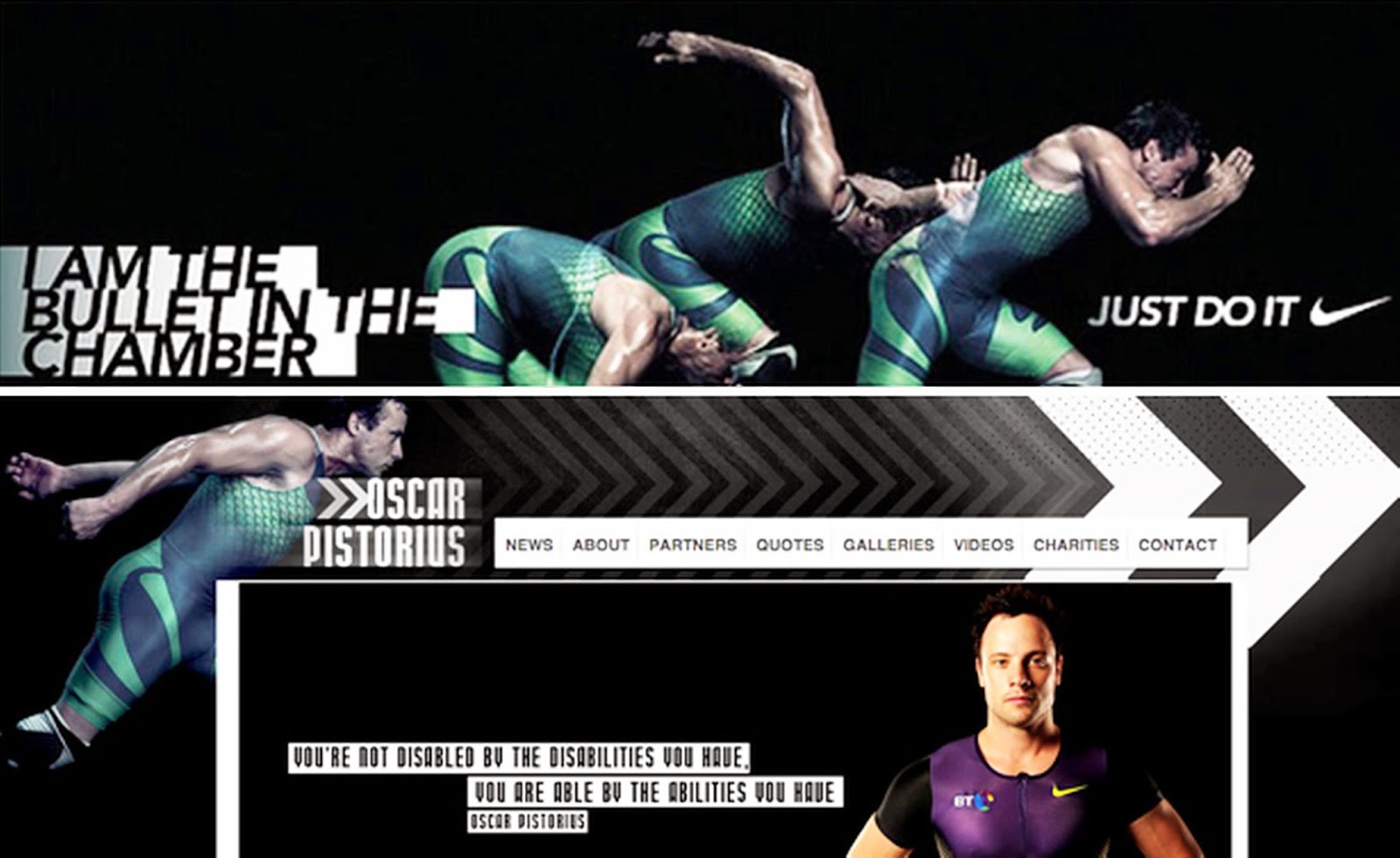 Cruelty against women feeds from this poison, while love starves.

This is all in front of us, for everybody to see. 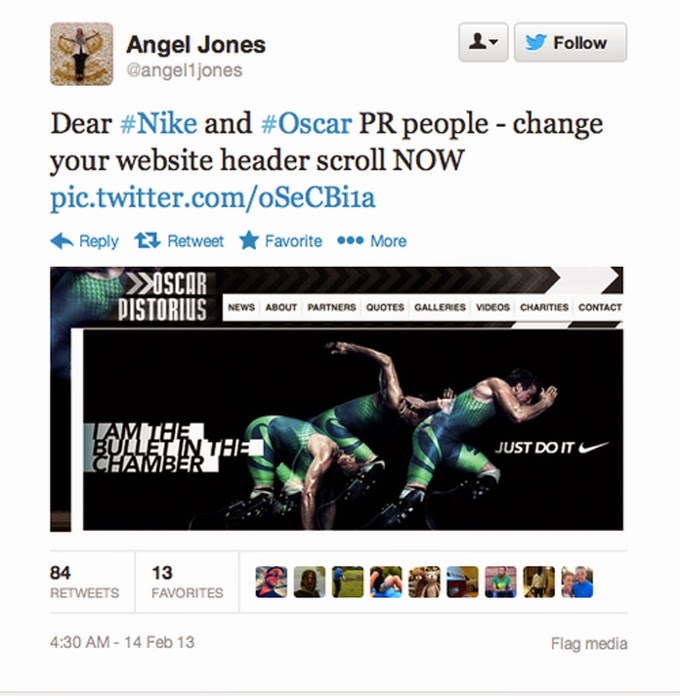 Every day the lack of empathy and the inability to love blaze up into unbridled hatred and violence in millions of homes, in millions of wasted minds, all remorse drowned in a muddy mess of laughable self-pitying excuses. Just like yours, Oscar.
You're crying about the consequences of your deed for your life: you don't want to lose your freedom and the love of the crowds.
You've had months to ponder on your deed, on the horror and pain you've caused, still your iron will is focused on one and one thing only: dodging a small inconvenience in your small life. Years in jail.  You are just like so many millions other men, who kill women or just stare at it happening with blank eyes as if it were an abstract event, nothing to do with them.
You, men, why haven't you got any pity on women?

And, in the end, the most important thing of all, Oscar. You must understand that all those years in jail are nothing. From where I am looking out on things nowadays, fog has dissolved, everything is completely clear.
Now I can see that even death, sometimes, opens new doors into time and space: rest assured that my voice will be heard for a long time and that it will grow stronger and stronger, I'll be doing many things for women and children, through the hands and thoughts of people who love me. 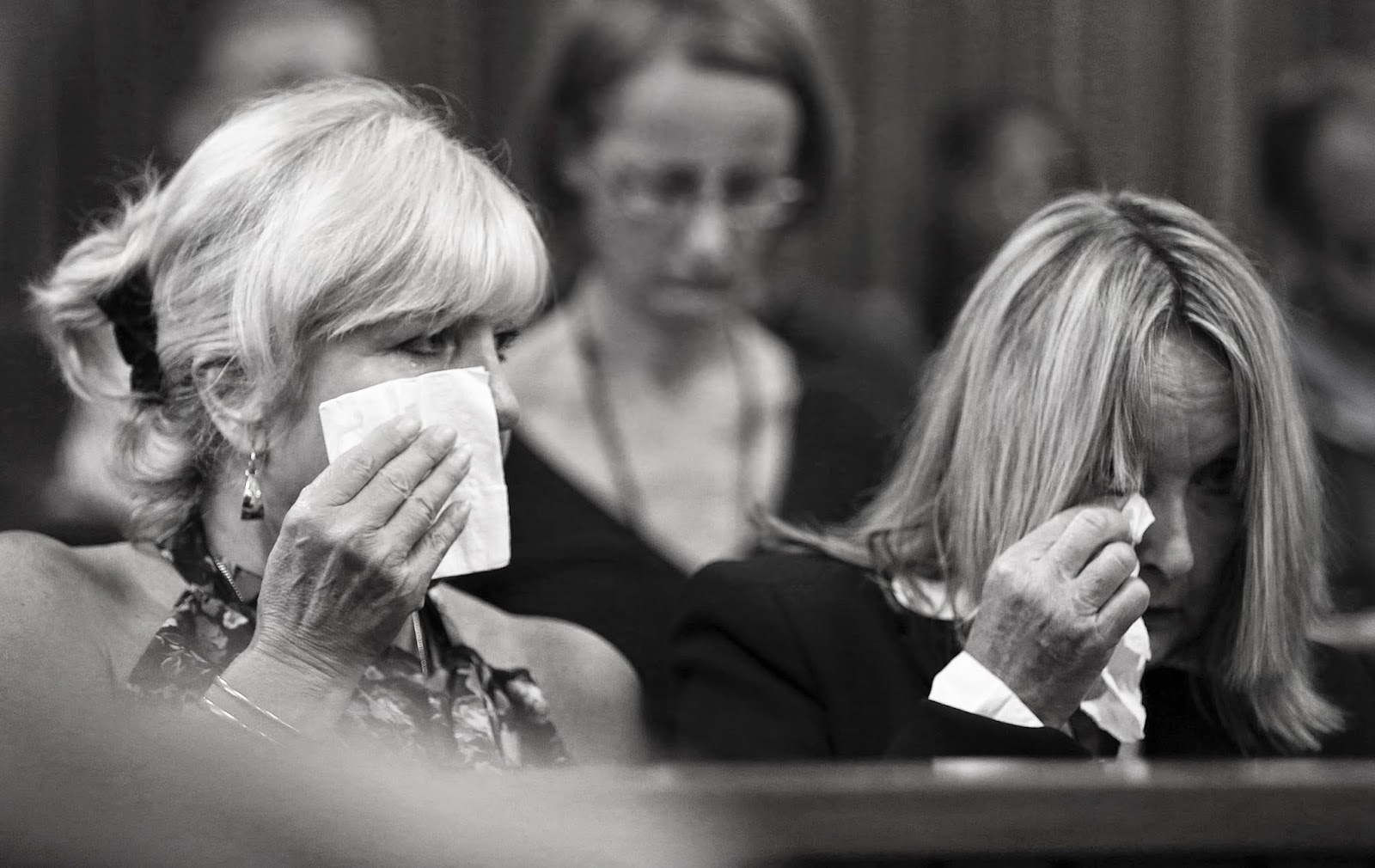 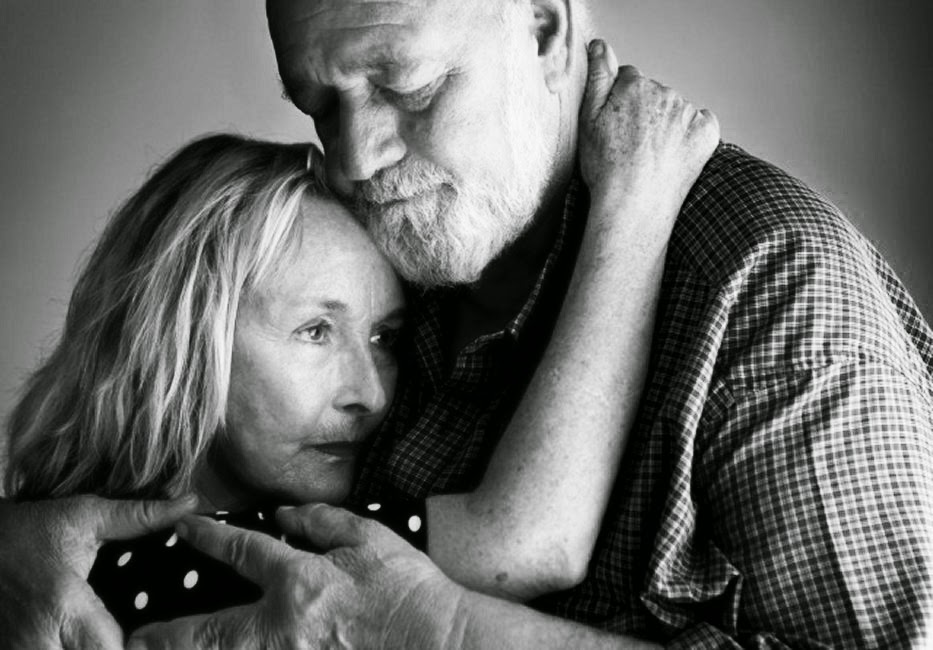 From where I stand, one can also clearly see that the consequences that you fear are the ones that could provide opportunities for rebirth. There is always a silver lining. 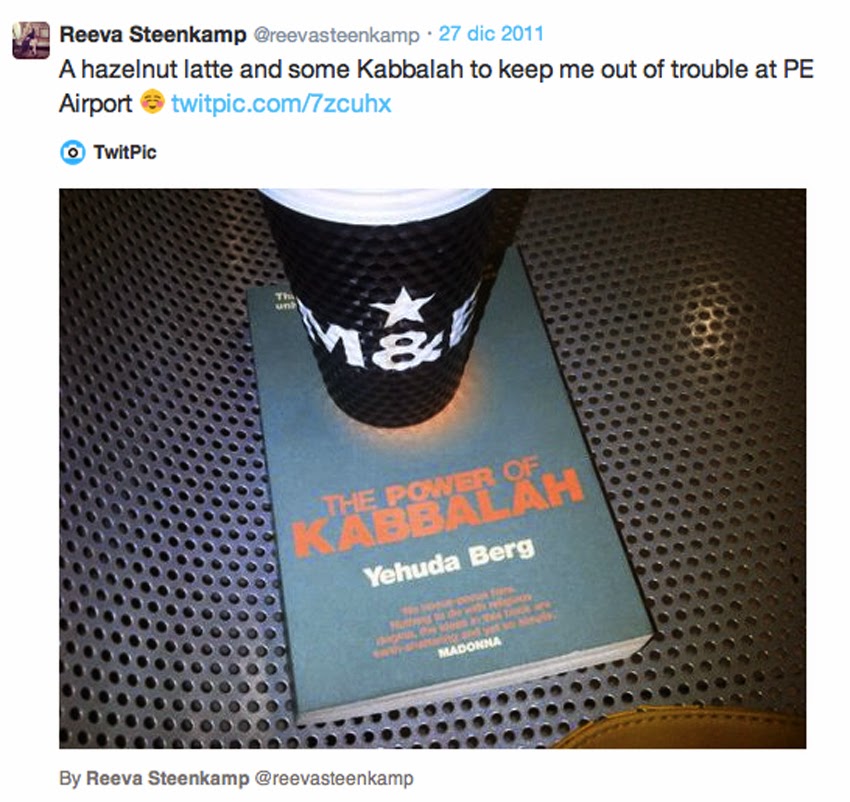 You, on the contrary, are trying to dodge consequences, without realising that what is in store for you is much worse.
I won't sign as Baba, you must forget that name.
I am Reeva, I am Anene, I am all the women: we're scrutinizing your soul with an unforgiving gaze.

In Reeva's shoes.
Grazie a Francesca Manfredini per la traduzione. 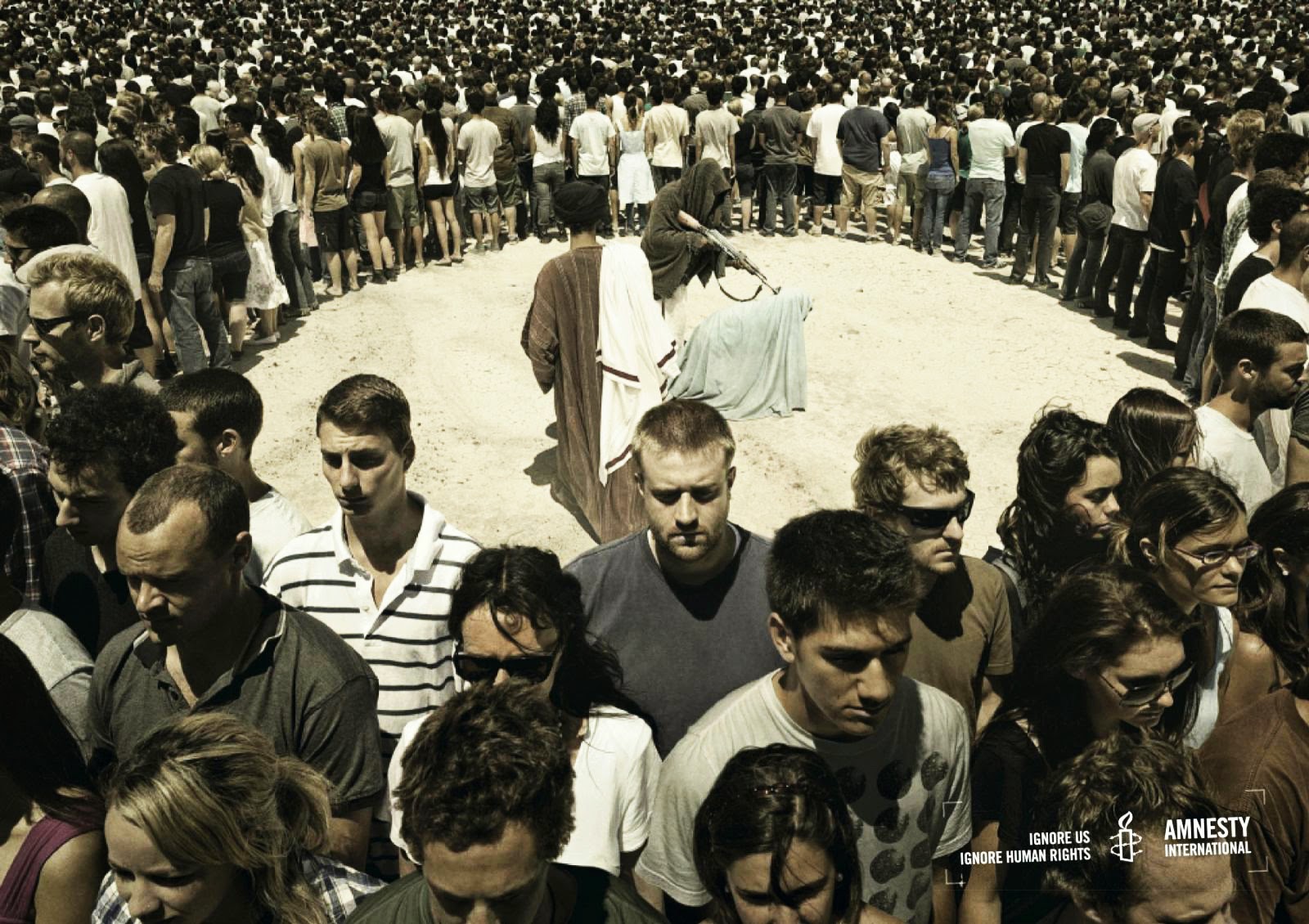